As I start a test and monitor the machine, I see that during the initialization, CPU on the Local machine where the load is simulated from, spikes heavily. The same when the test is initializaed and users started ramping up drops to very low, like 20% or so. I tried simulating as many as 50 concurrent users in multiple tests and all the time CPU is observed to be spiking heavily during init. Also at the same time I see a message on the console saying ‘Pruning sources from previous analysis, due to incompatible CompileSetup’.

Could this be any related? I saw in few other posts that this message can be ignored, but just curious to know if they are related as the CPU spike and this message happen in sync. Below is a snapshot of CPU usage at init of the test where you can see that the CPU spiked to 1000% (used 10 cores out of 32 cores). 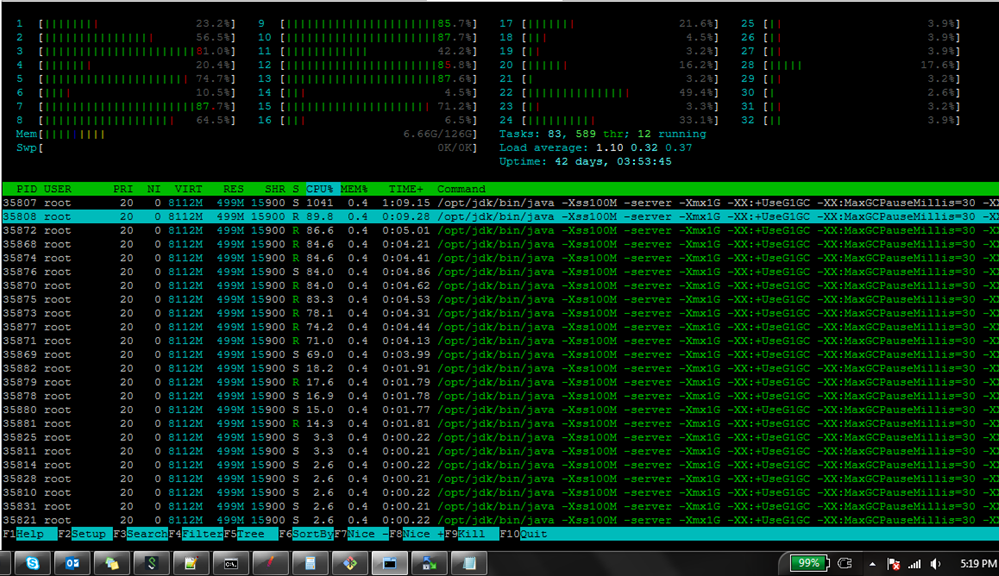